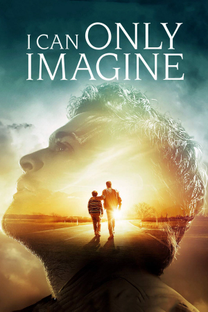 I Can Only Imagine

Bart Millard suffers physical and emotional abuse at the hands of his father, Arthur. When Arthur becomes terminally ill, he finds redemption by embracing his faith and rediscovering his love for his son. Years later, Bart's troubled childhood and mended relationship with his dad inspires him to write the hit song "I Can Only Imagine" as singer of the Christian band MercyMe.